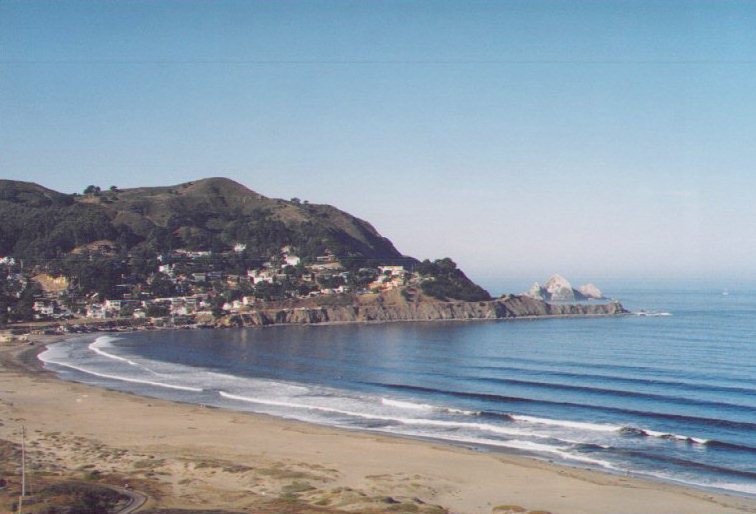 In August of 2010, SEA’s West Coast/North Outpost was alerted by surfers in Pacifica, California that the surf breaks of Linda Mar South Beach , including the breaks “Boatdocks,” “Creekmouth,” and “Taco Bell” are in the probable path of contaminants issuing from the San Pedro Creek mouth that flows into the Pacific Ocean across the beach. While varying levels of pollution in the creek’s urban waters is a long-established and ongoing issue, the surfers were disturbed and angry that the Pacifica City Council was moving towards swift acceptance of the Pacifica Dog Park at the Pacifica Center for the Arts adjacent to San Pedro Creek even though the project’s Mitigated Negative Declaration warned that siting the new dog park adjacent the creek would likely result in a significant increase in the level of fecal contaminants entering the creek waters, thereby materially adding to the hazardous human health conditions existing in San Pedro Creek. Basically, the surf community felt it was being ignored.

SEA believes that these prime surf breaks are among the favorite surfing sites for surfers from San Francisco and the Bay Area. Thus they are a vital economic as well as recreational resource for the City of Pacifica, and due care should be exercised in their preservation as a boost to local business as well as public recreation and public relations. Therefore, SEA got involved and contacted the Pacifica City Council, the California State Parks office which maintains Linda Mar South Beach, the San Mateo County Division of Environmental Health Services, and the San Mateo Chapter of the Surfrider Foundation. Through these contacts we learned the results of water quality tests in the creek and documented the existence of a “Human Health Hazard” threatening the health of the surfers and other recreational water users.

We cited this historical evidence and told the City Council: “Given this unfortunate reality, by deliberate Council inaction you will risk the appearance of condoning putting all these innocent parties “at risk”.  SEA acknowledges that Pacifica cannot readily clean all pollutants from San Pedro Creek, but we contend that Pacifica can and should certainly act to significantly reduce any identified source of new fecal contaminants entering the creek from a city-run facility. This would be an example of prudent action by a public body in the public interest.”

SEA acknowledged that “while serious pollution in San Pedro Creek will certainly continue to exist into the near future, still it is not reasonable or responsible by any public health standard for a public body directing public agencies and administering public funds for construction and ongoing maintenance to deliberately add to said contaminant levels and thus increase a known public health hazard. Such an unfortunate result would be working against the public interest.”

We insisted that all of the state-of-the-art mitigation measures to capture, filter, and absolutely minimize contaminants issuing from the Dog Park site should be included in the final project approvals-and that such procedures and filtering systems be regularly maintained and repaired. We also challenged the City Council to get in touch with San Pedro Creeks water quality testing results and suggested they “partner” with San Mateo County Environmental Health and the San Mateo Chapter of the Surfrider Foundation to obtain such ongoing results and post them in prominent places.

Eventually, Dyer Crouch, SEA member who spoke for us at the Pacifica City Council meeting, reports: “I can not thank  SEA enough for the letter on this. The fecal runoff issue with the dog park site went from being “off the radar” with city staff & council (it was not even mentioned when PB&R passed the dog park site) to THE most singularly discussed issue by council when discussing the location on the dog park. Everyone spoke about the needed bio-swale and city staff spoke to maintaining the filtration material, and on what schedule.

When I was speaking, I mentioned the SEA letter & I saw council heads nodding. It was part of the “packet” they got for reviewing the dog park location. Afterwards, different council members not only made reference to the letter but suggested that staff work with the county health department per the letter and potentially get more vigorous testing on the creek.

As an aside, the biologist who wrote up the mitigations spoke and said that the county of San Mateo is considering changing the designation of the creek from “non-contact” to “contact”, which would raise the standards required for the creek. This letter (from SEA) can also be used to show the county of San Mateo why it would be beneficial to do so, and help see that happen.

I can not say strongly enough that prior to this letter from the SEA, the “fecal runoff issue” was starting to be considered a “non-issue”. People were repeating the incorrect assessment:  this won’t make a difference to an already polluted creek

I am not exaggerating the importance of the impact that was made. The runoff problem went from a non-issue to one of the main problems that is being address with this location. Strategically, it could even help change the designation on the creek to help address the current amount of pollution which runs into the breaks at Pacifica State Beach (Linda Mar).

I, and others concerned about these issues are very grateful to the SEA.

We can not thank you enough…

With just 2 minutes left on the clock, @johannedefay flips the heat and earns her spot in the Final!
Watch live on http://worldsurfleague.com
@Roxy

Join @5gyres and activists around the country to collect data on #PlasticPollution in U.S. National Parks. Head to any national park, do a cleanup and submit your data.

Pe’ahi is the story of a 12 year old homeless boy who lives on the outskirts of a Native Hawaiian homeless camp. Dustin's dream is to become a big wave rider, that can surf and conquer the world's most dangerous wave on the planet PE'AHI aka JAWS on the island of Maui, Hawaii.