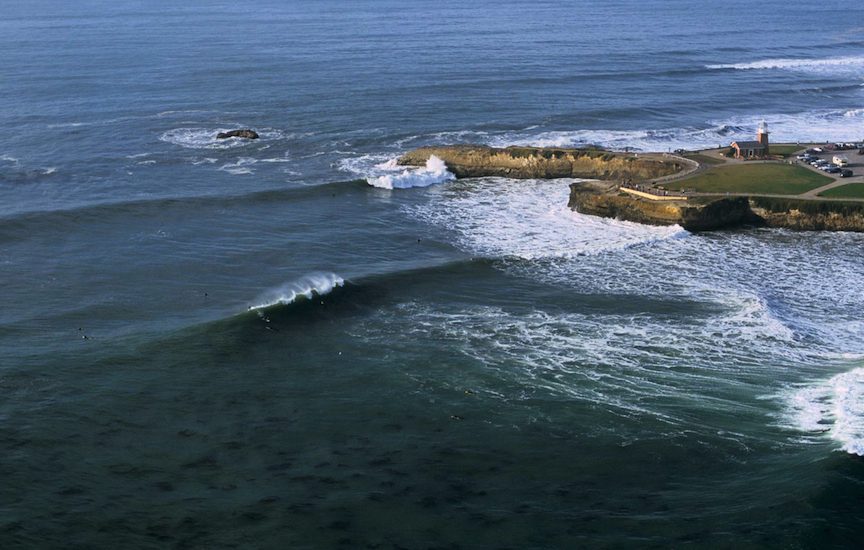 The Santa Cruz World Surfing Reserve was announced on March 3, 2011 at a press conference in Santa Cruz, California in front of the Mark Abbot Memorial Lighthouse and Surfing Museum overlooking Steamer Lane’s world-class waves. World Surfing Reserves Executive Director Dean LaTourette made the announcement in front of an enthusiastic crowd of surfers and well-wishers. Jim Littlefield, West Coast/North Director, was one of the key speakers and represented SEA.

What is World Surfing Reserves?
World Surfing Reserves (WSR) proactively identifies, designates and preserves outstanding waves, surf zones and their surrounding environments, around the world. The program will create a global network of designated surfing reserves that are internationally and regionally recognized. The initiative depends on the coordination and partnership of the global surf and environmental communities and their representatives working with local surfing communities to select and enshrine the waves that best exemplify WSR criteria. The program is an innovative idea of Save The Waves Coalition. www.savethewaves.org www.worldsurfingreserves.org

What are the WSR criteria?
WSR eligible waves and surf zones are evaluated and chosen based on the following criteria: 1) Quality and consistency of the wave or surf zone; 2) Environmental characteristics of the area; 3) Surf culture and history of the area; 4) Local community support

“Surfers’ Environmental Alliance is a member of Save The Waves Coalition, so I was stoked to work with them and have a lead role in creating the Santa Cruz World Surfing Reserve,” Littlefield says. “We were very fortunate to gain the support of other key environmental groups, such as the Santa Cruz Chapter of the Surfrider Foundation, Save Our Shores, the Sierra Club, and Ocean Revolution. As the Santa Cruz coast is a very environmentally aware and active location, key political groups and figures were also quick to see the value of such a prestigious designation and were pleased to lend their “official” support: The Santa Cruz County Board of Supervisors, Santa Cruz City Council, State Senator Joe Simitian, State Assemblyman Bill Monning, and U.S. Congressman Sam Farr all helped. The California Coastal Commission also enthusiastically endorsed our bid.”

The SCWSR is located on the northern side of Monterey Bay along California’s Central Coast within the protected coastal waters of the Monterey Bay National Marine Sanctuary. The Reserve stretches approximately 7 miles from Natural Bridges State Park in the City of Santa Cruz on the west end eastward along the city and county coast to the Opal Cliffs in Santa Cruz County. At least 23 consistent surf breaks are sited along this coast, including the world-class breaks of Steamer Lane and Pleasure Point. Most are reef breaks or beach breaks with a few outstanding point breaks, and almost all naturally break right within this zone. Winter is always the best time for surfing consistent waves.

Santa Cruz proudly claims to be the location of the very first board surfing ever in North America, at the “Rivermouth” break in 1885, as documented in The Santa Cruz Daily Surf. When three visiting Hawaiian princes had surfboards milled out of local redwood and demonstrated board wave riding for the first time, Santa Cruz was immediately established forever as the birthplace of surfing on the continent. The Santa Cruz Surf Club formed in 1936 and helped solidify a  strong surf culture that continues today as a key part of the area’s image, with many local residents surfing as part of their lifestyles.

“I can’t think of a more deserving location than Santa Cruz,” says Jack O’Neill, wetsuit inventor and local legend. “It’s got so many amazing surf spots, a wonderful surf community, and it’s just a beautiful stretch of coast. The World Surfing Reserve designation will be a great way to help preserve the area.”—New “World Surfing Reserves” Surfer magazine 2-12-2011

“This is a major global honor for Santa Cruz City and County, and will help focus public attention on the need to protect our irreplaceable coastal environment, including surfbreaks and the unique physical conditions that allow them to exist,” Littlefield agrees.

Santa Cruz competed for this honor with over 100 original WSR nominations from around the globe. While many sites have been nominated, few have stepped up to complete and support the selection process,

As the project moves forward, the SCWSR has established a 7 or 8 member “Local Stewardship Council” that will monitor developments and processes along the Reserve’s boundaries that might negatively impact the surf breaks or the coastline. SEA will have a seat in this influential group.

SEA is proud to support the WSR program and to have had a key role in establishing the SCWSR. We stand ready to support other coasts around the world as they attempt to join this excellent coastal protection project.

With just 2 minutes left on the clock, @johannedefay flips the heat and earns her spot in the Final!
Watch live on http://worldsurfleague.com
@Roxy

Join @5gyres and activists around the country to collect data on #PlasticPollution in U.S. National Parks. Head to any national park, do a cleanup and submit your data.

Pe’ahi is the story of a 12 year old homeless boy who lives on the outskirts of a Native Hawaiian homeless camp. Dustin's dream is to become a big wave rider, that can surf and conquer the world's most dangerous wave on the planet PE'AHI aka JAWS on the island of Maui, Hawaii.